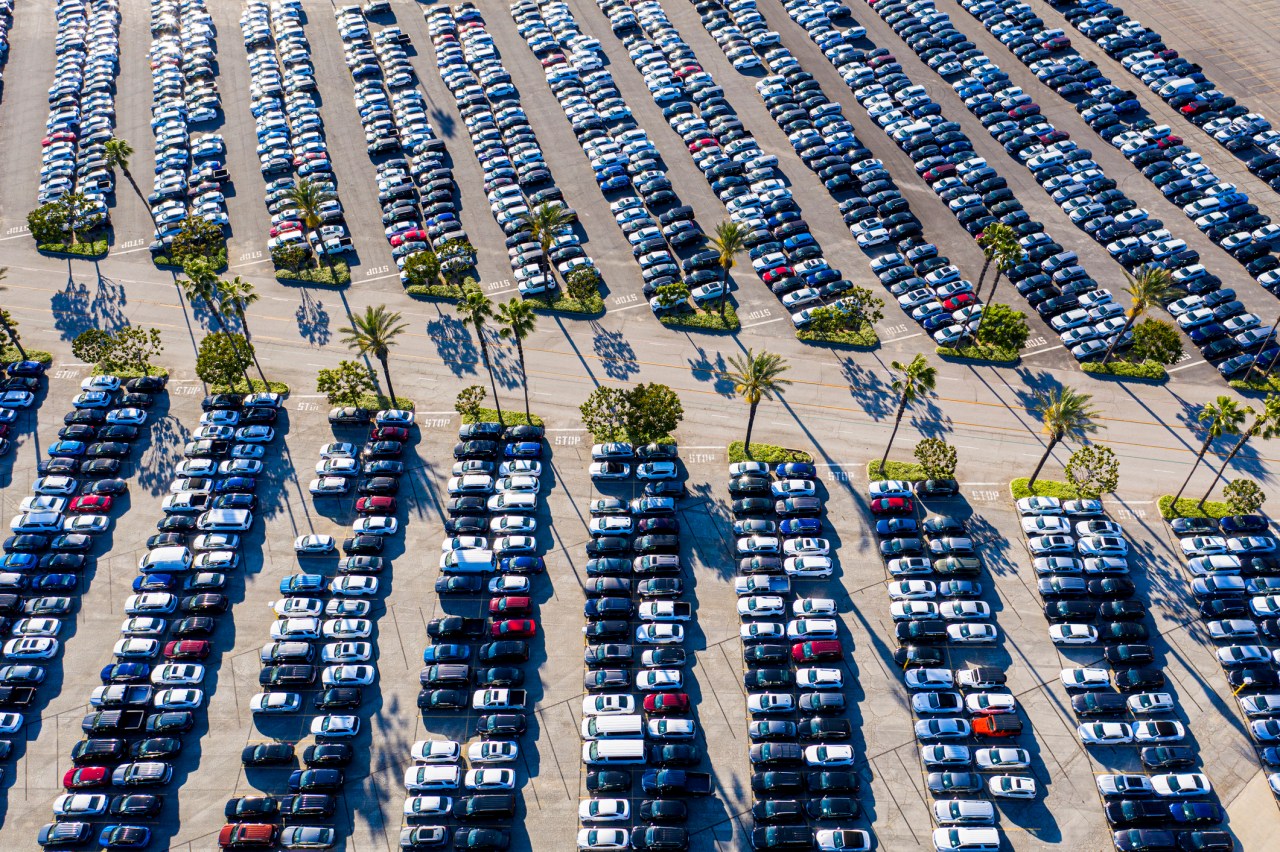 (iSeeCars) – The latest iSeeCars.com analysis found the fastest-selling new car during the month of May was the Mercedes Benz G-Class, moving the Corvette to second place after four consecutive months as the fastest seller. Newly released models, alternative fuel vehicles, and full-size SUVs are the most prevalent vehicles on the fastest-selling new car list. For used cars, the Mazda MX-5 Miata earns the top spot on a list dominated by sports cars and alternative fuel vehicles.

“The microchip shortage continues to impact new and used car sales, with new car inventory decreasing by 15.7 percent and used car inventory decreasing by 2.1 percent in May over April, intensifying the already high demand for used cars and driving up prices,” said iSeeCars Executive Analyst Karl Brauer. “For new cars, both higher priced full-size SUVs and alternative fuel vehicles continue to be in high demand, striking an interesting dichotomy between practical and not-so-practical consumers.”

iSeeCars identified the top 20 fastest-selling new cars, which sell 2.8 to 5 times faster than the average new vehicle and average 13.7 days on dealers’ lots. SUVs comprise the vast majority of the the top 20 list, and alternative fuel vehicles also account for six models on the list.

The fastest-selling new vehicle is the Mercedes-Benz G-Class, which has an average new car price of $174,887. “The Mercedes-Benz G-Class makes its debut on the list of fastest-selling vehicles in May after seeing over a 50 percent increase in sales over April,” said Brauer. “The G-Class full-size off-roader typifies conspicuous consumption, and more consumers are buying this aspirational vehicle after a year of reduced entertainment and travel expenses.”

Next is the Chevrolet Corvette, which fell to the second spot after four consecutive months as the fastest-selling new vehicle. “The Corvette C8 has been in short supply since its 2020 debut due to overwhelming demand and multiple production setbacks,” said Brauer. “Production for the Corvette idled from May 10th through May 17th and again on May 24th through the end of the month due to a parts shortage, and production of the 2021 model year is being cut short to make way for the 2022 Corvettes.”

The full-size Cadillac Escalade and its extended variant, the Escalade ESV, appear on the fastest-selling list of new cars for the fourth consecutive month. “The Escalade was redesigned for 2021 to make the already supersized SUV even more luxurious and technologically advanced, leading to a 75 percent sales increase in the first quarter of 2021 over last year,” said Brauer. “Cadillac removed incentives for these vehicles for the second consecutive month in May, and production has yet to be affected as the automaker has prioritized these profitable vehicles over less popular models.”

Five hybrid cars make the list, with three standard hybrid vehicles and two plug-in hybrids. “The all-new Hyundai Tucson Hybrid, which arrived at dealerships in May, makes its debut on the list and joins two other recently released hybrids debuting on the listin April: the Jeep Wrangler 4xe plug-in hybrid and the Hyundai Santa Fe Hybrid,” said Brauer. “They join the Toyota RAV4 Prime and the Toyota RAV4 Hybrid, furthering the ongoing trend of Toyota struggling to produce enough hybrid vehicles to meet demand.”

The Kia Telluride midsize SUV maintains its position as a hot-seller for the fifth consecutive month, while the all-new Kia Carnival minivan makes the list for the second consecutive month. “Kia is still struggling to keep up with the demand for the Telluride two years after its launch, and dealers continue to charge above MSRP as consumers are willing to pay a premium for this vehicle,” said Brauer. “The Carnival multipurpose vehicle has the function of a minivan with sliding doors and three rows of expansive cargo space, but also takes design cues from the Telluride SUV and has been able to ride the coattails of the SUV’s smashing success.”

Three pickup trucks make the list–the Toyota Tacoma, the Toyota Tundra, and the GMC Canyon. “Toyota has halted incentives and raised prices in many parts of the country because of high demand and lowered supply for these trucks due to the microchip shortage,” said Brauer. “The plant that manufactures the GMC Canyon cut production from three shifts to two, and rebates for the Canyon stopped in May, reflecting the low inventory.”

Earning the top spot is the Mazda MX-5 Miata, which is up one spot after being the second fastest-selling used car in April. It’s joined by seven additional sports cars and sport sedans including the Chevrolet Corvette, the MINI Convertible, the Chevrolet Camaro, the Kia Stinger, the Porsche 718 Cayman, the Subaru WRX, and the Porsche 911. “Sports cars were a popular vehicle segment throughout the pandemic as a source of joy, and their popularity has continued as the country opens up.”

The Kia Telluride ranks fourth, and it is joined by a similar vehicle from the same manufacturer, the Hyundai Palisade, in seventh. “These vehicles debuted for the 2020 model year and have sustained their popularity, and while they aren’t yet widely available in the used car marketplace they had an increase in inventory in May over April,” said Brauer. “Given the markup and scarcity of new Kia Tellurides, used versions are appealing to consumers unable to locate a new model or who want to save money.”

The Tesla Model 3 makes the list for the third consecutive month, this time in second position. “The Tesla Model 3 has sustained its popularity since its high-profile debut thanks to impressive technology and performance, plus relative affordability compared to Tesla’s earlier vehicles,” said Brauer.


These are the most popular car colors in every state

Four hybrid vehicles make the list: the Honda Insight, the Toyota Highlander Hybrid, the Honda Clarity Plug-In Hybrid, and the Lexus UX 250h. “The Honda Clarity debuted in 2018, while the Honda Insight debuted in 2019, so used versions are just starting to enter the used car marketplace,” said Brauer. “Toyota and Lexus hybrid vehicles have been in high demand both as new and used cars, and that demand has intensified as gas prices continue to rise.”

“Car buyers who are making a new or used car purchase might have difficulty finding the most in-demand vehicles, and may end up paying a premium for them in the used car marketplace amid microchip-related inventory constraints,” said Brauer. “Vehicle inventory is expected to remain tight for the remainder of the year, so consumers who are in the market for one of these fast sellers will need to act quickly when they see their desired car for sale.”

iSeeCars analyzed the data geographically to find the fastest-selling new cars in the top 50 most populous metro areas.

“Car buyers who are making a new or used car purchase might have difficulty finding the most in-demand vehicles, and may end up paying a premium for them in the used car marketplace,” said Brauer. “While automakers are prioritizing their more popular vehicles and continuing production in the wake of the microchip shortage, demand for these vehicles is still likely to outpace supply in the coming months.”

iSeeCars.com analyzed over 1.3 million new and used car sales (model years 2016-2020 for used cars) from May 2021. The number of days that each car was listed for sale on iSeeCars.com was aggregated at the model level, and the average days on market for each was mathematically modeled. Heavy-duty vehicles, models no longer in production prior to the 2021 model year, and low-volume models were excluded from further analysis.

iSeeCars.com is a car search engine that helps shoppers find the best car deals by providing key insights and valuable resources, like the iSeeCars free VIN check reports. iSeeCars.com has saved users over $284 million so far by applying big data analytics powered by over 25 billion (and growing) data points and using proprietary algorithms to objectively analyze, score and rank millions of new cars and used cars.

This article, The Fastest-Selling New and Used Cars in May, originally appeared on iSeeCars.com.