The lot at Eriksen Chevrolet in Milan is largely empty Thursday, the result of a nationwide shortage of new vehicles. 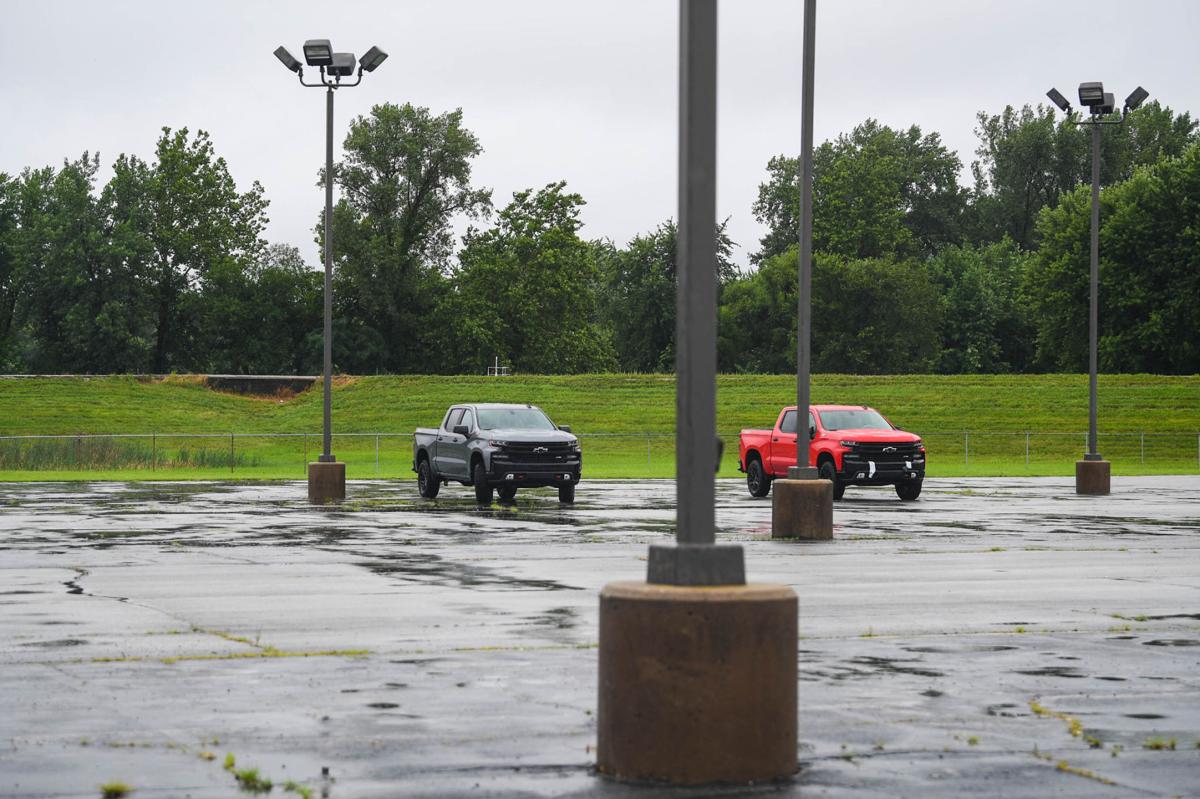 Two cars sit in the lot Thursday at Eriksen Chevrolet in Milan. The lot usually has many more cars, but a nationwide shortage has limited the number. 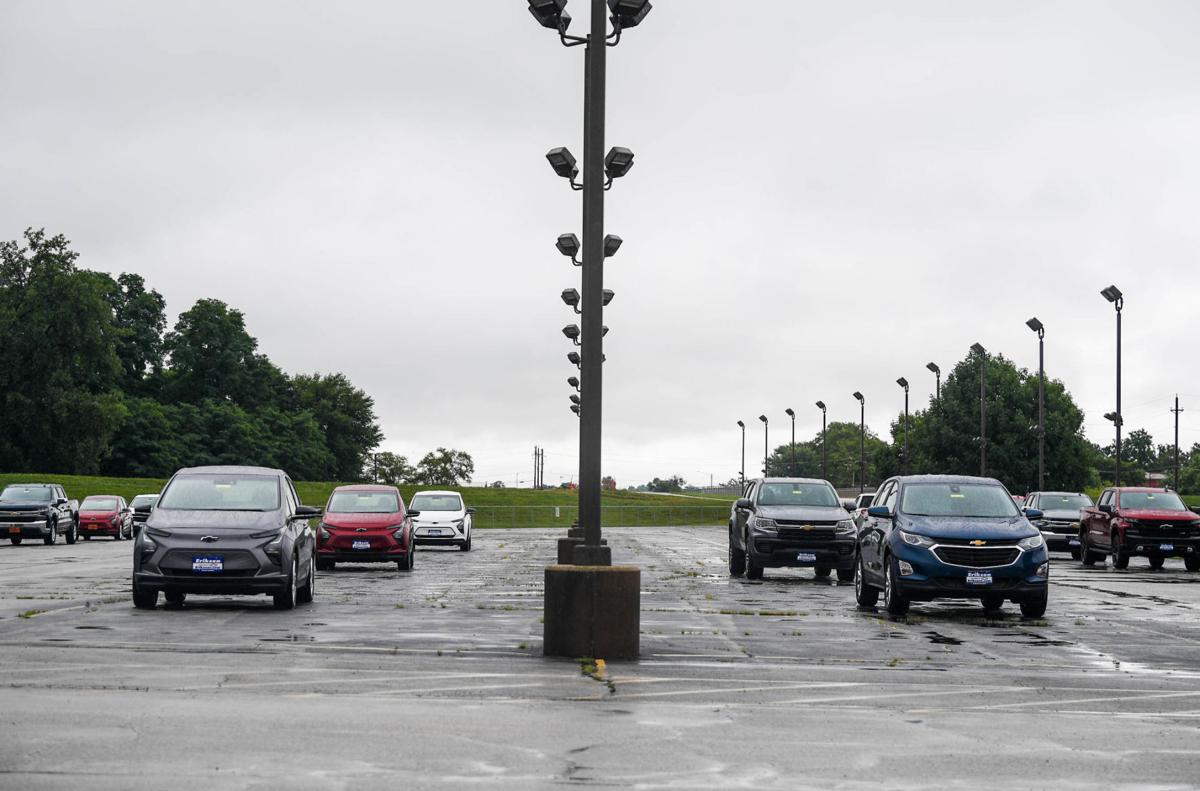 The lot at Eriksen Chevrolet is filled with only around 40 cars Thursday, July 15, 2021, in Milan. 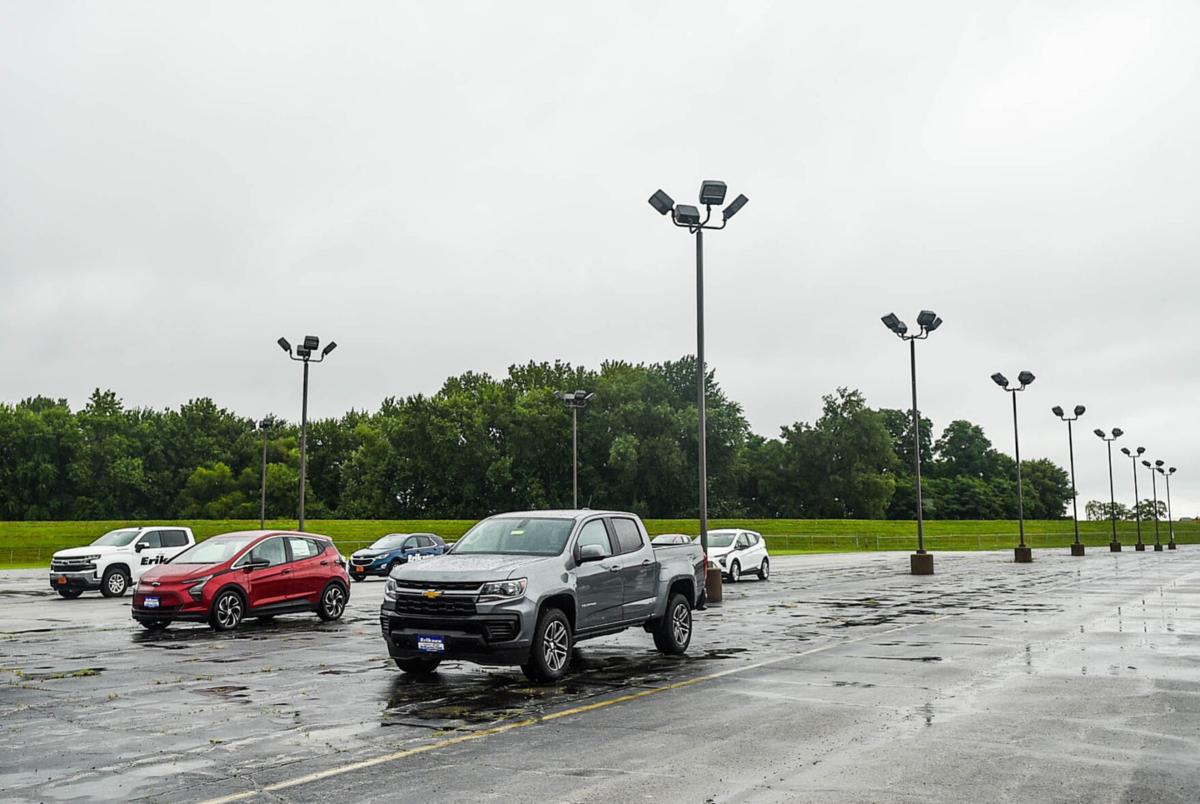 The lot at Eriksen Chevrolet is filled with only around 40 cars Thursday, July 15, 2021, in Milan.

Tom Pospisil, owner of Eriksen Chevrolet in Milan, has sold cars to customers from seven states in the past month.

A shortage of microchips triggered by the pandemic has slowed new-car production, forcing prospective buyers to scour lots across the country for the latest models. With production down and demand rising, Quad-Cities dealers are struggling to keep vehicles on their lots.

And the shortage may mean buyers pay higher prices, even for used cars.

“It’ll probably be at least a year before things kind of go back to a little more normal,” Pospisil said. “But, you know, everybody thought that with COVID too.”

Production delays were set in motion at the beginning of the pandemic, when automakers assumed consumer demand for cars would fall and canceled orders for microchips, said Michael Crum, a professor of supply-chain management at Iowa State University. At the same time, demand for electronics like computers and cellphones rose as people were cooped up inside. That’s stalled production at car plants across the country.

Subaru of Indiana Automotive in Lafayette, Ind., produced about 85,000 fewer vehicles during the pandemic than in years before, spokesman Craig Koven said. Production was suspended for a plant-record eight weeks, and some employees were furloughed.