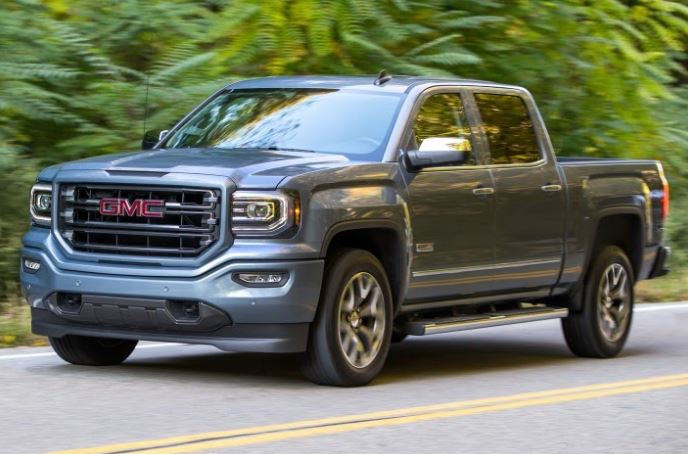 (iSeeCars) – The global microchip shortage is restricting new car supply, which leads to restricted used car supply due to fewer people trading in their used cars. This combination of diminished supply and increased demand has caused used car prices to soar.

According to iSeeCars.com’s latest analysis of over 1.2 million used car sales in April 2021, used car prices increased 16.8 percent, or $3,926, compared to the same period the previous year. Used car prices typically remain relatively constant year over year, as 2019 had a 0.2 percent reduction over 2018, and 2020 had a 0.1 percent increase over 2019.

“The current used car price increase is unparalleled, and prices will likely remain elevated for the foreseeable future due to the magnitude of the global microchip shortage and restricted new car supply,” said iSeeCars Executive Analyst, Karl Brauer. “We’ve identified the used cars with the greatest price increases, which can represent lucrative trade-in opportunities for their owners.”

Although the average used car has significantly increased in price, iSeeCars’s analysis also found that some vehicles defied the trend by either decreasing in price or by only slightly increasing. “While used car deals are hard to find, they are still out there, or at the very least, there are used car models that won’t come with as much sticker shock as the average vehicle,” said Brauer.

The top ten vehicles with the greatest price increases range from 1.5 to 2.0 times the average vehicle’s price increase, and are primarily pickup trucks, sports cars, and luxury cars. “These used vehicles have proven to be appreciating assets over the past year — a circumstance not typically associated with used cars,” said Brauer. “Shoppers interested in these vehicles should consider holding off on purchasing them, while consumers who have these vehicles in their garage and are willing to part with them can take advantage of these significantly higher trade-in values.”

The vehicle that has the greatest price increase is the Chevrolet Corvette, which has risen in price by 33.9 percent since April 2020. It is joined by another American classic sports car, the Chevrolet Camaro, in seventh. “These sports cars are aspirational cars for many consumers, and they surged in popularity during the pandemic as drivers sought fun cars to combat boredom,” said Brauer. “Sports cars aren’t practical purchases, so drivers are likely more willing to pay a premium for them, especially because they aren’t as common in the used car marketplace.”


These car colors may make your vehicle more difficult to sell

Four pickup trucks make the list including the third-ranked Ram Pickup, the fourth-ranked GMC Sierra 1500, the sixth-ranked Chevrolet Silverado 1500, and the eighth-ranked Toyota Tundra. “The shortage of new truck inventory in the wake of the microchip shortage and the growing popularity of pickups has led to heightened demand and scarce supply in the used car marketplace,” said Brauer. “Additionally, people who require trucks for work are more likely to pay a higher price.”’

Three luxury vehicles make the list, including the second-ranked Mercedes-Benz G-Class offroad SUV, the fifth-ranked Mercedes-Benz S-Class sedan, and the tenth-ranked Land Rover Range Rover Sport SUV. “The Mercedes-Benz G-Class is an iconic luxury off-roader that is associated with opulence, the Mercedes-Benz S-Class sedan is among the most luxurious sedans in its class, and the Land Rover Range Rover Sport is an premium and highly-capable off-road SUV, ” said Brauer. “These vehicles embody luxury and are in high demand, likely because buyers have additional resources to spend on cars due to decreased travel and entertainment during the pandemic.”

Rounding out the list on the other end of the price spectrum is the ninth-ranked Mitsubishi Mirage, with an average used car price of $11,242. “The Mitsubishi Mirage’s main appeal is its low price point, making it attainable for new drivers and those looking for cheap transportation,” said Brauer. “The average mileage of Mirages sold in 2021 was also 23 percent lower than in 2020, and this lower mileage likely contributed to increased pricing.”

The Tesla Model S is the only used vehicle that has decreased in price in April 2021 compared to April 2020, with a 2.0 percent price decrease amounting to $1,077. “The once high-demand Tesla Model S has declined in popularity thanks to more affordable Tesla models like the Model 3 and Model Y, both of which are substantially cheaper than the used Model S, even when purchased new,” said Brauer.

Two hybrid vehicles make the list including the second-ranked BMW i3 and the sixth-ranked Toyota Prius. “The BMW i3 plug-in hybrid blazed a trail for plug-in hybrids, but has declined in popularity as more options with more cargo space and better range entered the market,” said Brauer. “Similarly, the popularity of the Toyota Prius put hybrid vehicles on the map, but the Prius has also declined in popularity due to increased competition and a decreasing fuel efficiency advantage over similar models.”

Three subcompact SUVs make the list including the third-ranked Subaru Crosstrek, the eighth-ranked Mazda CX-3, and the ninth-ranked Honda HR-V. “These subcompact SUVs are among the best vehicles in their class, providing affordable options for consumers who want a reliable vehicle,” said Brauer. “Luxurious and larger SUVs are the most in-demand used vehicles right now, meaning these less popular vehicles haven’t had the same price hikes.”

Three luxury SUVs make the list including the fourth-ranked compact Mercedes-Benz GLC, the fifth-ranked midsize Audi Q7, and the seventh-ranked midsize Volvo XC90. “The Mercedes-Benz GLC and the Audi Q7 are among the highest-rated vehicles in their classes, but they are also among the most expensive, which could explain why their price increases are lower than competitive models,” said Brauer. “The Volvo XC90 is another quality vehicle with advanced technology, but its aging design doesn’t stand out in the competitive luxury midsize SUV segment.”

Rounding out the list is the tenth-ranked Subaru Impreza compact car. “With standard all-wheel drive, the Subaru Impreza offers an affordable option for consumers who want an all-weather vehicle,” said Brauer.

Every vehicle segment increased in price compared to last year, while pickup trucks increased the most, followed closely by convertibles and coupes. “The shortage of new pickup trucks has forced buyers to buy used versions, and many buyers are willing to pay a premium because they need trucks for work purposes,” said Brauer. “Demand for sporty convertibles and coupes outpaces what’s available in the used car marketplace, and dealers don’t have to be competitive with pricing because buyers of these kinds of cars may not be as bargain-conscious.”

Minivans, SUVs, and hatchbacks increased in price, but at a rate that is below the 16.8 percent average. “Minivans have declined in popularity, which could contribute to their lower-than-average price increases,” said Brauer. “While large SUVs and many luxury SUVs are in high-demand, lower-priced small SUVs aren’t rising in price, which contributes to the lower-than-average price increase for the entire segment. As for hatchbacks, consumers who want the extra cargo space offered by this body style are likely choosing SUVs instead.”


These new and used models sold fastest in April

“The current state of the used car market presents a selling or trade-in opportunity for consumers who may have one of the most in-demand pickup trucks or luxury SUVs,” said Brauer. “Also, the used car market may seem doom and gloom for potential buyers, but consumers should remember that there are still quality vehicles available that haven’t significantly risen in price.”

iSeeCars.com is a car search engine that helps shoppers find the best car deals by providing key insights and valuable resources, like the iSeeCars free VIN check reports. iSeeCars.com has saved users over $284 million so far by applying big data analytics powered by over 25 billion (and growing) data points and using proprietary algorithms to objectively analyze, score and rank millions of new cars and used cars.