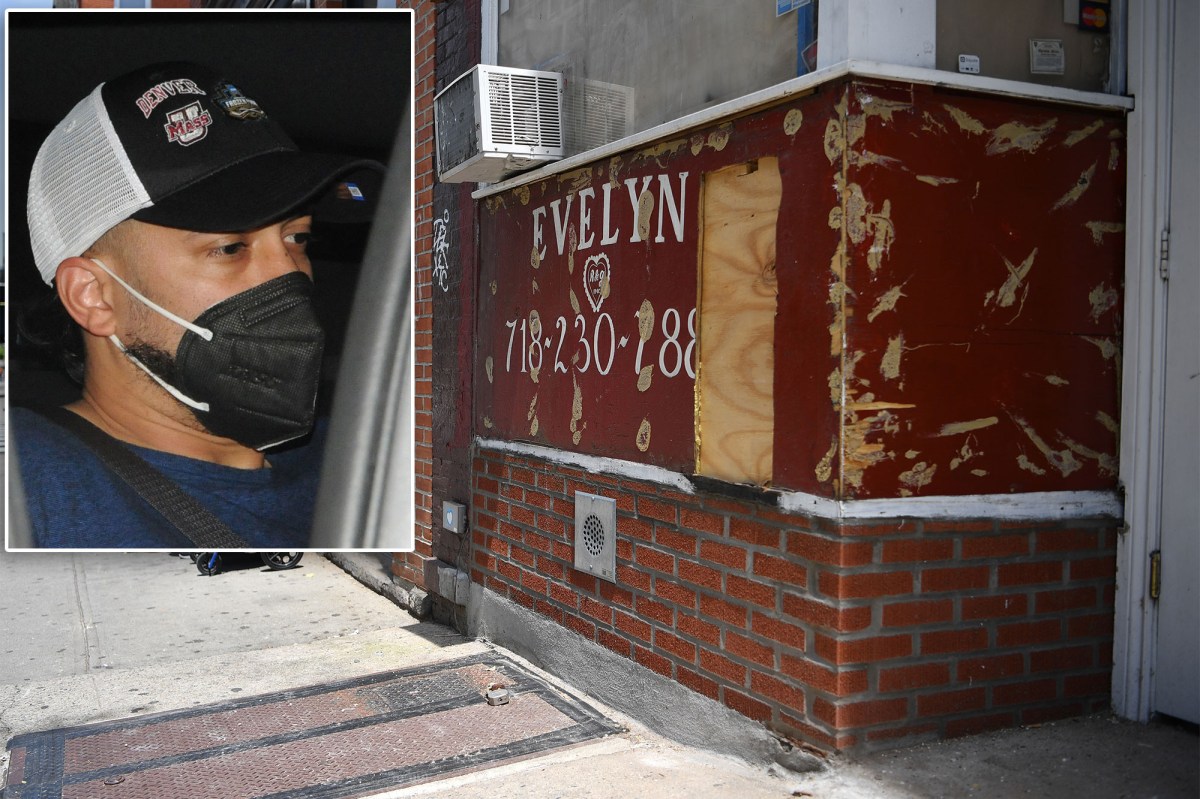 A Brooklyn girl “saw her whole life flash before her eyes” when she was allegedly raped by a livery cab driver last year — a heinous attack that’s left her stripped of her innocence and feeling terrified of going out in public, her family says.

The victim, now 13, and her relatives relived the nightmare in an exclusive interview with The Post — as they filed a lawsuit against three cab companies who they say shouldn’t have hired the alleged predator in the first place.

“I have anxiety when I get in a cab … it’s scary getting on a train. I don’t know who is who and if somebody is going to hurt me,” the girl, identified in court papers as RB, said in a phone interview.

RB was 12 years old when prosecutors say she was repeatedly raped by Rafael Martinez — who threatened her with a gun and beat her until she was unconscious before the Aug. 10, 2020 attack in the backseat of his car.

“If you say anything, these bullets are for you,” Martinez allegedly told the girl, who was headed to her Bedford-Stuyvesant home from her great-grandmother’s place in Fort Greene.

“If you tell anybody, I know where you live, I’ll come to get you and your family,” he also snarled, according to a criminal complaint.

Martinez pleaded not guilty to 11 counts of first-degree rape and other charges and is now free on bail, his lawyer said — only adding to the girl’s trauma.

“I’ve been scared because the day that the incident happened, he said he was going to find me and kill me” if she said anything about the attack, the victim recalled.

“She saw her whole life flash before her eyes,” Edwards said. “She couldn’t breathe. She still fears.”

On Sunday, the teen’s mom and great-grandmother filed suit against three car service companies claiming they failed to properly conduct a background check of Martinez — which they say would have revealed his prior conviction for patronizing a prostitute and that he wasn’t licensed with the New York City Taxi and Limousine Commission.

“RB is still suffering from the horrific assault,” charges the suit, filed in Brooklyn Supreme Court. “The psychological horror of that day will live with RB, her mother and grandmother forever.”

The complaint alleges that New Bell Car Service, Corp. — the company that the girl’s great-grandmother called that day — violated TLC guidelines when it “outsourced” the ride to another company, since-shuttered Evelyn Car Service, Inc., without disclosing it to her.

RB’s great-grandmother Sarah Edwards Bey sent the girl home in a cab around 5 p.m. after giving her a fixer-upper bike that was inoperable and too heavy to lug on the subway, Edwards explained to The Post.

“I was impatient,” said Edwards, 36, a mom of three. “It takes an hour to come here from downtown Brooklyn … I didn’t get a call from my daughter or anything.”

“I see my child at a loss for words,” Edwards said. “I know something is wrong. I said ‘Did this person violate you?’ and she said, ‘Yes, he did.’”

The mom said her daughter has had a “definite identity crisis” in the months after the attack — with the teen always on the lookout for Martinez since his release from jail.

“Now, she has a seriousness to her. I’m trying to get her back to being that happy kid,” Edwards said, noting they both see a therapist.

The tragic girl told her mom she doesn’t want a Sweet 16 birthday party — because she feels she’s no longer innocent and doesn’t deserve the celebration.

RB has also asked to take self-defense classes and even tried to put on weight by drinking to make it harder for her to be kidnapped. She also dresses in baggy clothing to cover up her body, the mom said.

“This incident has taken a big toll on my life, and I think about my decision to send my great granddaughter in that cab every day,” the 72-year-old woman said. “I feel like certain family members think it’s my fault and I pray that God never lets this happen to another child.”

New Bell did not return a request for comment. International Car Service — “a corporate alter ego of Evelyn Car,” the suit says — could not be reached for comment.

The family’s lawyer, Abe George, said no amount of money could “replace the innocence stolen from this child.”

“We hope that this lawsuit is a wake up call for livery cab bases to follow TLC rules and screen their drivers properly,” George said in a statement.